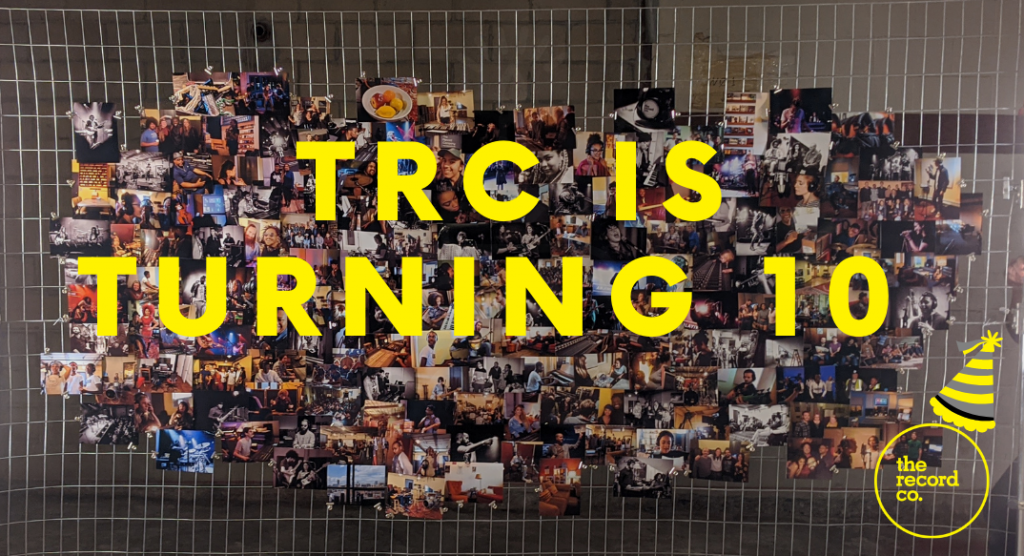 It’s crazy to think 10 years have passed since the first recording sessions at TRC. If the “decade” part of that doesn’t immediately sink in then just go listen to a playlist you made 10 years ago. Email is my version of that. Every once in a while an 8 year old email pops up and I just can’t help but open it. It’s always pretty horrifying …how could I possibly have thought that was the right thing to say? Anyway…

It also wasn’t that long ago that all of us at TRC were knee deep trying to figure out who we were as an organization (and let’s be honest: as people). Between 2012 and 2015 we were experimenting like crazy with youth programs and educational workshops. This was on top of providing our two original recording studios for anyone that needed an affordable (and welcoming!) place to record. At one point we even had a traveling blue bus that offered bucket drumming workshops. Yowza.

“So…what do you actually DO?”

We were pretty unfocused, throwing a bunch of spaghetti at the wall to see what would stick. It was classic experimentation trying to find our true purpose. We started noticing a lot of great youth programs out there (like Beats by Girlz and Zumix). There were also already a lot of amazing educators doing their thing. What there weren’t a lot of were operators: organizations with deep expertise in the design and operation of physical space. There were very few cultural organizations that existed to facilitate access to that space. Is that what we were truly meant to do?

5 years in and we finally felt that we’d found our calling. Frankly it wasn’t that surprising. It was a return to the original idea of TRC: a space that no one owned but everyone could access. (We joke now that we’re the TRC “space program”). And for a space-focused organization we sure were running out of it.

By 2016 we were hosting 1,400 reservations a year in 2 recording studios for something like 3,700 humans. We were turning people away every day. We knew we needed to build more space but we also knew it needed to be the right kind. It had to be the kind of space our community actually wanted and needed. So in the middle of 2017 we hunkered down to plan.

In the end it was 12 months of surveys and focus groups and strategic planning meetings. We went through just about every music space-based idea there is: recording studio, performance space, practice space, mobile studio/stages. I wrote “housing” on the board at one point and the room went totally silent. I guess we all realized just how little fundraising capability we had at the time. It was a pretty audacious idea by comparison and we (very) cautiously put it in the parking lot.

The outcome of that planning (which you can read here) said that all kinds of music making and exhibition facilities were needed and that the most urgent need was rehearsal and recording space. This surprised us a little bit because we assumed performance venues would be a priority. What we heard overwhelmingly was “why would I need somewhere to perform if I have nowhere to write and rehearse?” * insert face palm* Of course.

So we took that plan, linked up with a pair of like-minded architects, (David and Felice Silverman of Silverman Trykowski Associates) and sketched out a new facility. It would feature 4 recording studios, 15 rehearsal studios, and gathering capabilities for live sessions and community events.

Then in 2018 we released the strategic plan and the initial facility design alongside an ambitious goal to raise about $4m to make it all happen. (in the end, that number turns out to be $5.9m and as I write this we’ve got less than $1m to go, that’s a story for another time!)

I realize this is getting kinda long so I’m going to gloss over some pretty big pieces here. (We’ll explore some of these in future writings!) Between the launch of the campaign (October of 2018) and when construction actually started (January of 2020) we:

So now it’s January of 2020. We’re pouring concrete sub floors and we’re blissfully ignorant of what’s about to happen in the world; continuing to fundraise, taking pictures, hiring new staff, dreaming about the end of the summer when the space will be complete and reopening…yeah right.

COVID hit on March 12, 2020 and construction in the City of Boston screeched to a halt for about 11 weeks. Terrible circumstances but in reality we were so, so fortunate. We’d already planned to be closed for the year. Our team was able to work remotely. We didn’t have to lay anybody off.

While I was trying to stay ahead of upcoming design and construction issues, Maria and her team launched a Music Maker COVID-19 Fund. For 6 months the program provided small, rapid grants to folx experiencing lost income as a result of gig cancellations. Amazingly, that effort eventually distributed about $160,000 to about 800 musicians in the Boston area.

In May of 2020 construction resumed. Keeping everyone safe meant working slower than we normally would. We had to take extra precautions like having an EMT onsite every day to check temperatures. As a result, the project overshot its original schedule by about 5 months and its original budget by almost $1m. With the support of some very patient and generous donors, board members, and financing partners we found a way through. We all did we had to do and we wrapped up construction in December 2020.

Then…drum roll….We opened the doors of the new space on January 14, 2021 to much fanfare!!! Just kidding. We were the only ones there. We’re still living in a pandemic, people. The 10 of us onsite that day used the moment as an excuse to drink some prosecco early in the morning and more importantly to get back to work hosting sessions again. After a year of being closed for construction it was thrilling to begin serving real live human beings again.

Since then we’ve hosted 388 rehearsal and recording sessions for more than 550 makers and 67 freelance recording engineers. We’ve seen violinists and dancers, hip hop producers and rappers, rock bands, jazz bands, video and photo shoots…even a meditation session with crystal bowls. The space is alive again and so full of promise and possibility. We couldn’t be more grateful to have made it here.

In the coming months we’ll be focused on making the new space run as efficiently, effectively, and safely as we can. We’ll be working hard to make sure that anyone that wants to use TRC can and that everyone through the doors feels safe and welcome. We’re going to continue to make mistakes and we hope you’ll measure us by how we respond and how quickly and readily we learn. We truly, madly, deeply want to be here for you as we collectively recover from this unbelievably trying year.

It always feels strange to say it but TRC is not a creative enterprise. We don’t make art. Instead we exist to facilitate, to enable, to unlock the creativity of others. We’re here to keep (a small part of) the world out of your way, to help you and your collaborators achieve YOUR creative goals. We don’t exist without your talent, your creativity, your energy.

So I’ll put the question to you. What do you need to be your best music-making self this year? To create new work that you’re excited about, that makes you feel that indescribable feeling when you turn up the speakers and listen back to it? What else can TRC and I do to enable you to create the songs that will become our collective anthems of joy and healing? 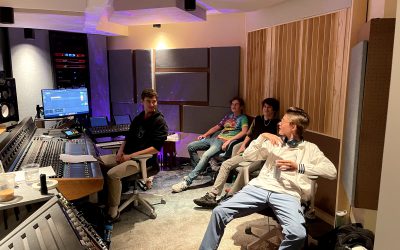 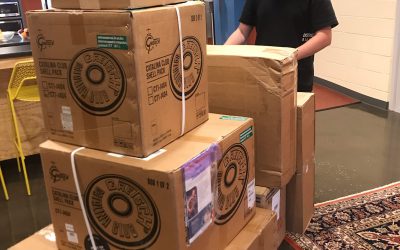 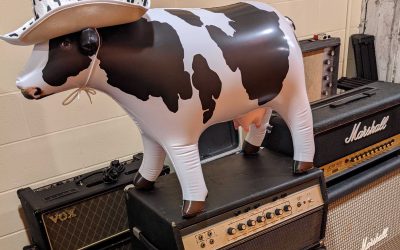 August Newsletter: TRC in the Globe and legen-dairy gear!